Yay! Its coming into winter over here in Albany Western Australia and pears are appearing in the supermarkets and various farmers markets around the place.  I love pears. They lend themselves to so many different recipes both sweet and savoury.  I bought some gorgeous russet and gold coloured Beurre Bosc pears yesterday and then I went searching for a recipe for them. Something pudding like but that my husband Jason , who has severe gluten intolerance, could also enjoy.

I found this lovely recipe written by a lady by the name of Shaina Olmanson from her blog Food For My Family. Here is how I interpreted it and I stayed faithful to her recipe. It looked a lot taller in her blog photos but it really is more like a flan in depth. Very yummy! 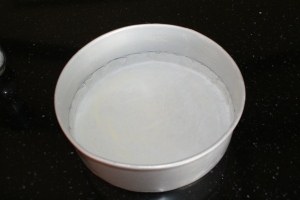 In  a small saucepan over medium heat, melt the butter. Add the brown sugar and pinch of salt and stir, cooking till the edges bubble and the sugar is dissolved. 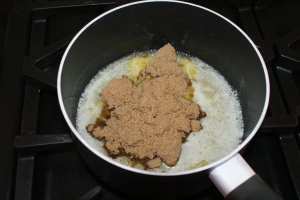 Remove from the heat and stir in the vanilla. I forgot to do this (adding the vanilla) and the end result worked just fine 😀  Immediately pour the caramel over the baking paper and spreading it out until it coats the base entirely. 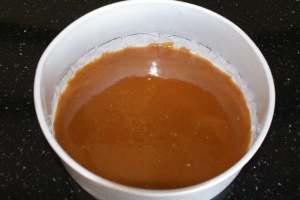 Slice the pear in half, de-core it and slice into 1/8-1/4 inch pieces. Arrange the slices over the caramel, fanning them out from the centre.

Beat/whisk the egg whites until stiff peaks form. You should be able to hold them upside down like I have in my picture and not have them fall out 😀

In a separate bowl, beat egg yolks till thick and pale yellow then add sugar, almond extract, almond meal, arrowroot or cornflour, and the cardamom. The mixture will be quite thick and lumpy. 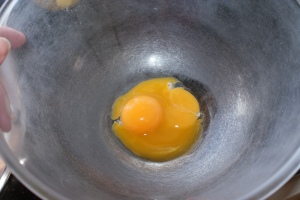 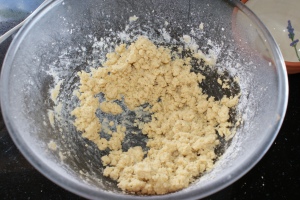 Gently mix in half the egg whites until they’re incorporated, then fold in the remainder of the egg whites. Don’t worry if the batter is streaked with white, its all good :). Do not over mix.

Pour the cake mix over the pears, spreading into an even layer fully covering the pears. 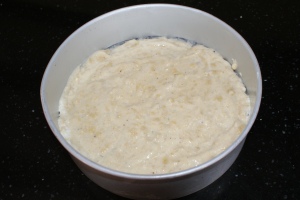 Bake for 25-30 minutes until the top is golden brown and center of cake is set.

Remove from oven and invert onto a plate while still warm. Serve warm or at room temperature. 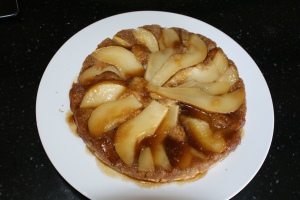 I have to say it tasted divine! I ate it standing at the kitchen bench whilst it was still hot 😀

It would also lend itself to the addition of some unsweetened clotted cream as it really is sweet.